Our industry in numbers

There are more than 4,500 asset management companies operating in Europe, with around 115,000 employed directly in the industry. 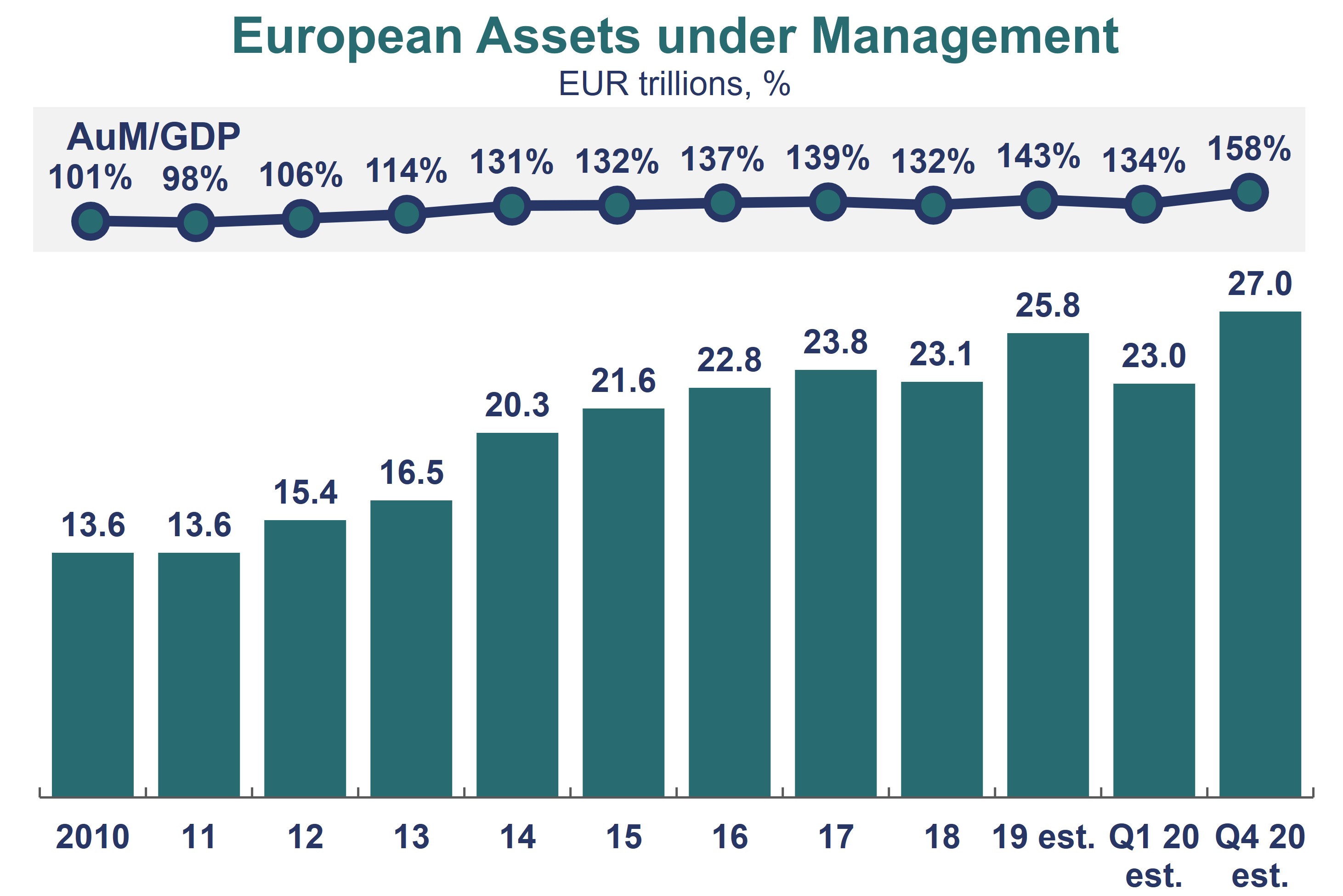 Net assets of investment funds domiciled in Europe, UCITS and AIFs, totalled EUR 18.8 trillion at the end of 2020.  Luxembourg and Ireland are the two largest domiciles of UCITS and AIFs, with a market share of 27% and 18%, respectively (2020). Germany, France and the United Kingdom follow in this ranking. 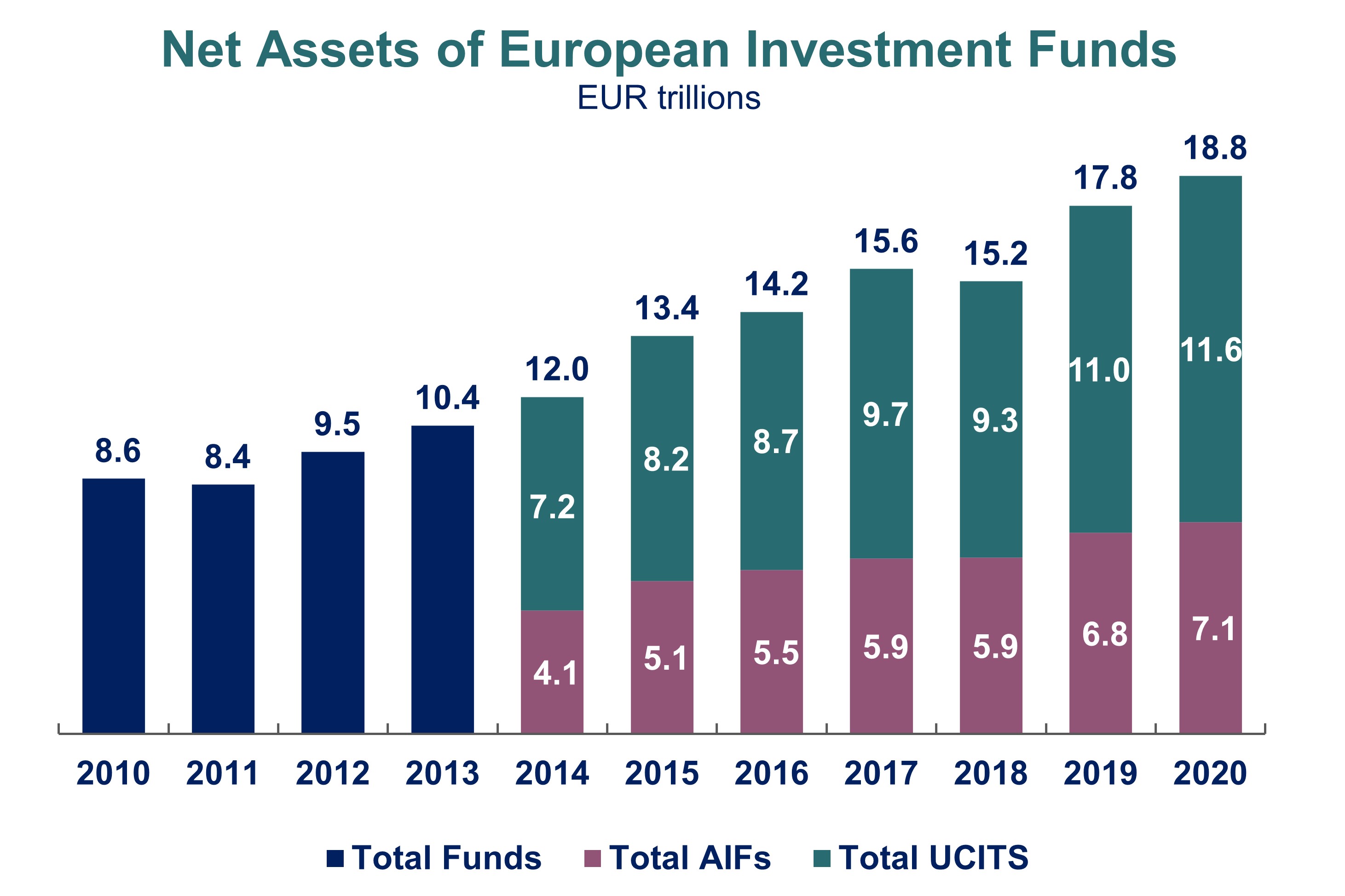 Total fund ownership in Europe amounted to EUR 13.6 trillion at the end of 2020, compared to EUR 6.3 trillion in 2010.  These amounts refer to the funds that are bought and held by investors in Europe, excluding the funds domiciled in Europe that are sold outside Europe. 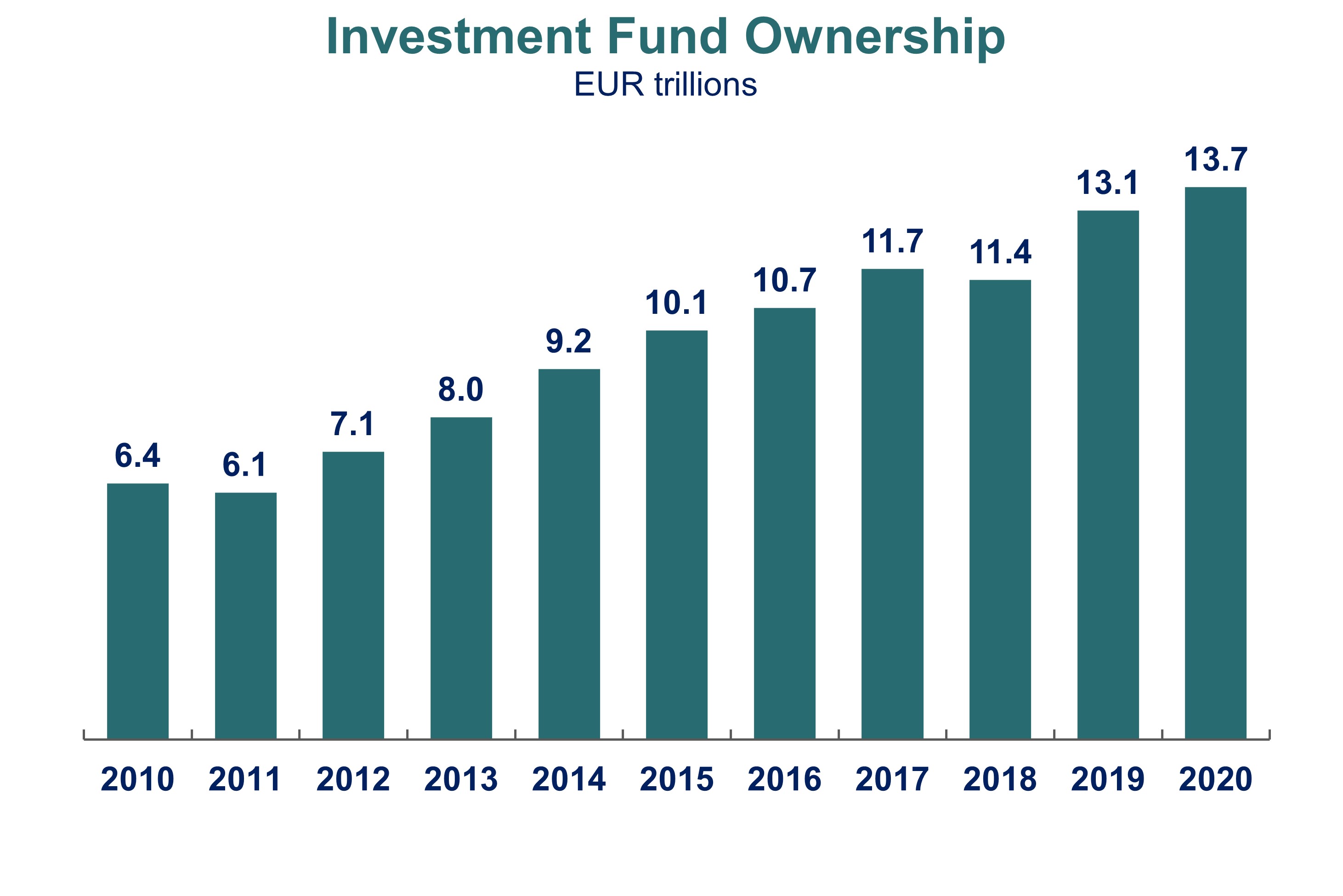 Fund ownership can be broken down by main type of European investors.  Insurers and pension funds are by far the largest investors in investment funds, followed by households and other financial intermediaries. The five countries with the highest level of fund ownership are Germany, the United Kingdom, France, the Netherlands and Italy. 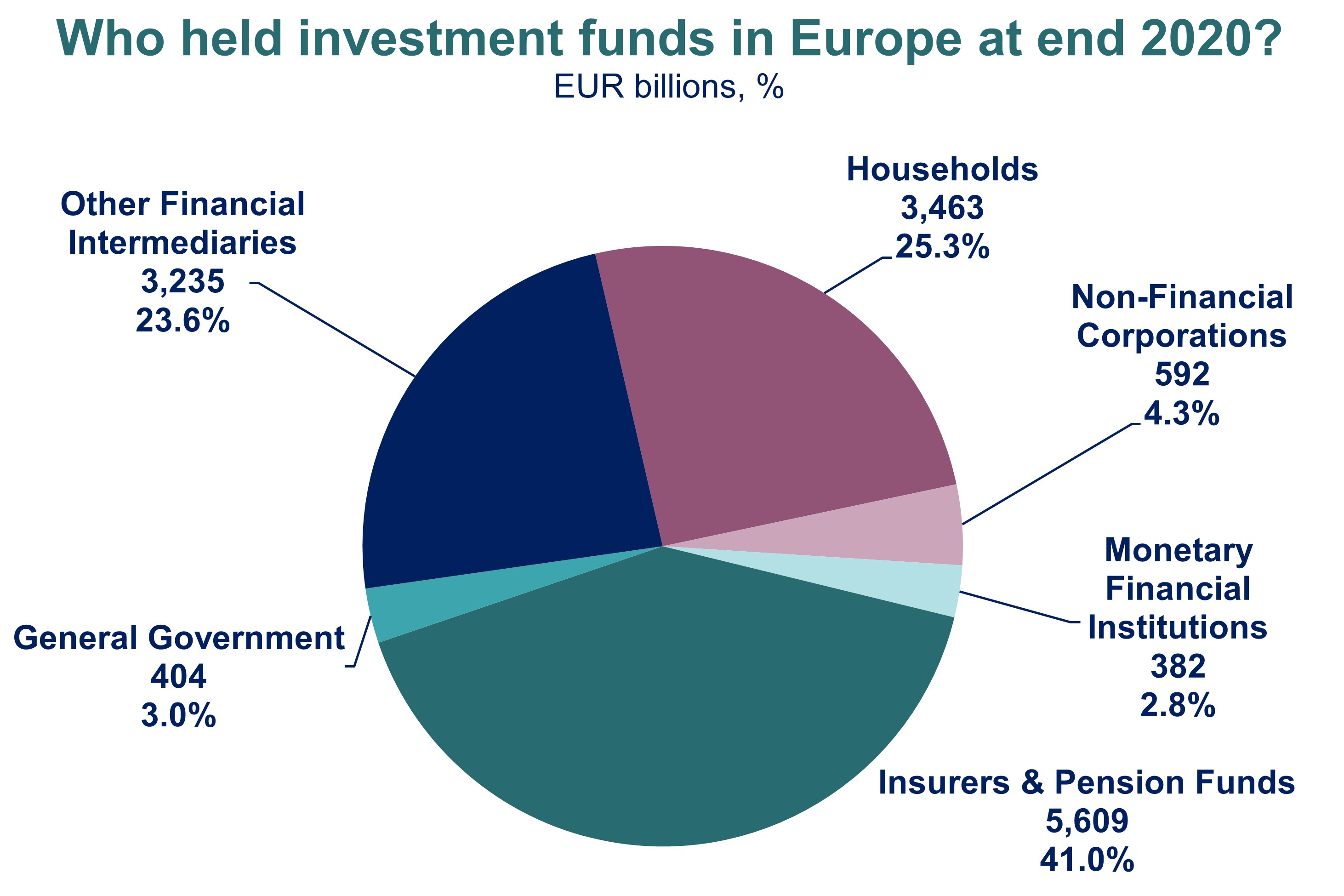 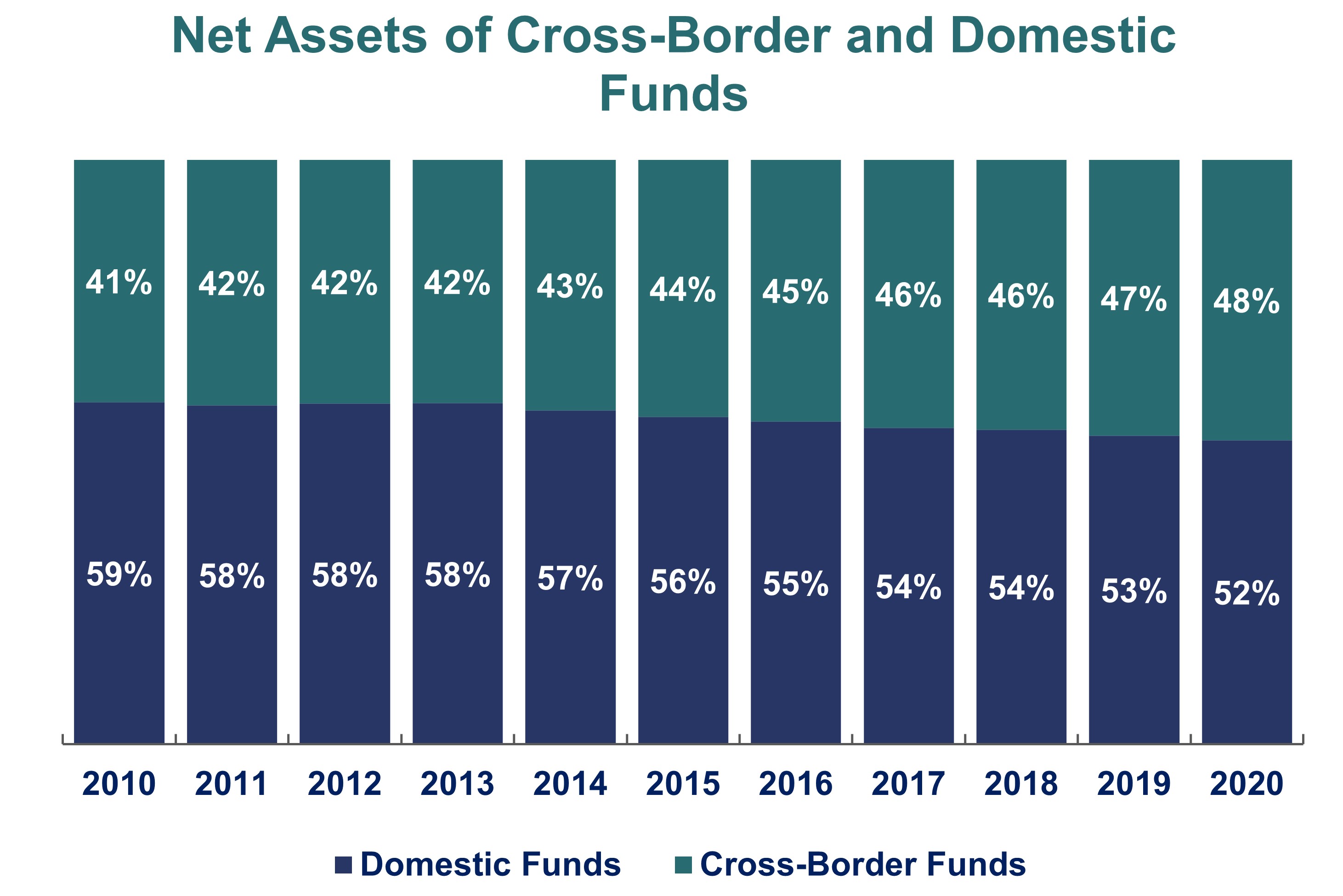 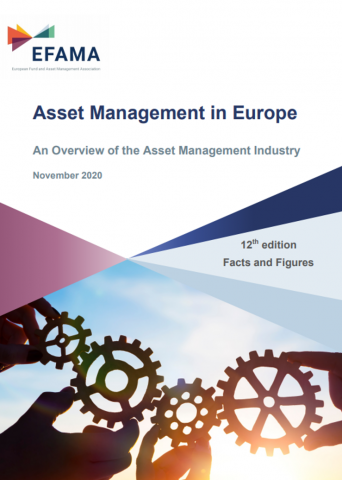 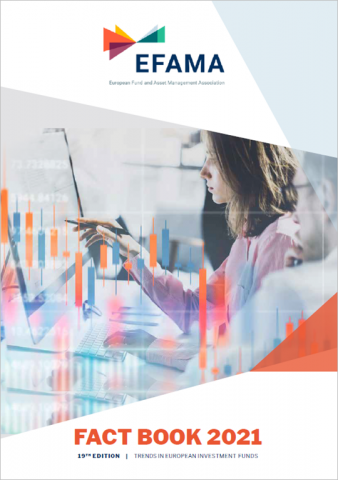