Counterparty and liquidity risks in ETFs - EFAMA response to ECB 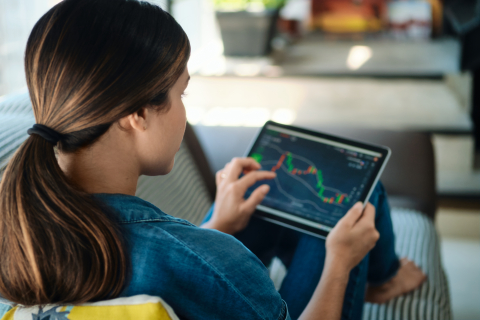 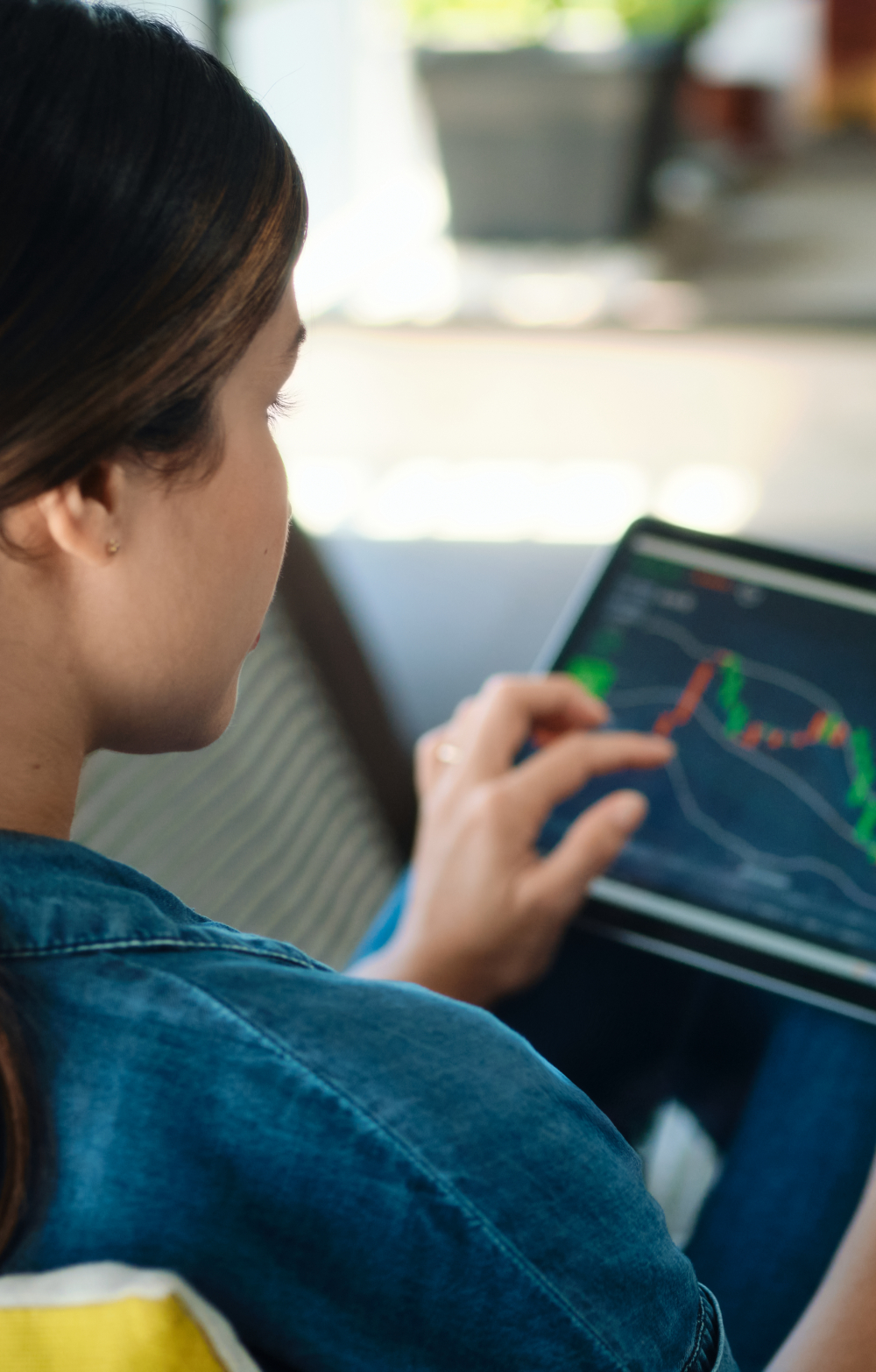 Our comment paper confutes the ECB study’s main findings by focusing on its two core areas, namely
liquidity and counterparty risks inherent to the structure and functioning of ETFs. A final section
considers the merits of further regulatory action addressed at the European ETF industry.

While understanding the increased regulatory focus on the global ETF industry and agreeing with some
of the study’s early premises, we find the ECB has not adequately considered one defining feature of
ETFs, and namely, the existence of a deep and liquid secondary market. While attempting to draw
conclusions on an ETF’s degree of resilience to bouts of volatility by focusing on the behaviour of APs,
results from the ECB’s regression analysis are reduced to explain the latter’s readiness to
create/redeem on the primary market, whereas a substantial part of ETF liquidity factually resides in
its secondary market. It is here that investors, as buyers and sellers of an ETF’s shares can trade their
exposures at average daily volumes that are multiple times the value of any primary market
creation/redemption performed by an individual AP. Our comment paper highlights the relevance of
the secondary-to-primary average daily volume (ADV) ratio when attempting to draw meaningful
conclusions on an ETF’s degree of liquidity. To this effect, we cite instances where recent market
corrections, concomitant with volatility spikes, have hardly led APs to have to deal the ETF’s underlying
securities. In parallel, secondary market volumes are seen to increase precisely around these episodes,
proving the role of the secondary market as an effective “shock-absorber”. Both findings demonstrate
that the ECB’s hypothesis of contagion, or “second-round” effects, linking the secondary to the primary
market, is not supported.

Apart from the liquidity-enhancing role of the secondary market, due consideration should also be
given to the rigorous process which goes into structuring an ETF before product launch. Here, unlike
generally assumed, ETF providers engage with potential investors and service providers early, as well
as with their domestic supervisors when filing for authorisation. Our comment paper illustrates some
of the salient passages of such process, drawing from the examples provided by some of our Members.
In addressing potential liquidity risks, a second important feature absent in the ECB’s analysis is the
degree of discretion APs exercise in managing their intra-day exposures by making use of their own
balance sheet. Unlike often assumed, we prove that APs can choose to not trade an ETF’s underlying
securities in the course of a market correction. Where a creation/redemption is settled in-kind, there
is no movement in the primary market for the underlying securities. With volatility affecting the value
of such securities, APs would in any event not attempt to sell these in a turbulent market, as this may
incur a short-term, yet significant, loss for them. Rather, they may choose to warehouse these
securities temporarily on their balance sheet, use them to deal a creation for another ETF, transfer
them to another existing client, or hedge an existing position. More commonly in Europe,
creations/redemptions are dealt in cash, thereby removing the risk of a market impact altogether. The
narrative therefore linking large ETF redemptions to the resilience of APs via immediate “feedback
loops” and ensuing concerns around counterparty risk can thus be challenged.

A third key feature is the potential role of the secondary market to offer price information for some of
the ETF’s individual components. This becomes particularly true in the fixed income realm, where
investors have increasingly turned to ETFs as an expedient mean to derive the price of an individual
bond at times when it is not trading or when its last available price is no longer reliable.

We find that the concerns raised around ETF counterparty risks are not new and do not account for
the existing regulatory safeguards introduced in Europe by ESMA for UCITS ETFs already in 2012. In
fact, ESMA’s Guidelines on ETFs and other UCITS issues reflect the EU market supervisors’ response to
some of then-perceived risks stemming both from swap-based (or “synthetic”) and physical replication
ETFs, but which are definitely not unique to ETFs per se.

Our comment paper highlights what in our view are the main shortcomings of ECB’s analysis in this respect:

I. The original causes behind counterparty risk, as for instance the failure of an AP as a viable
service provider to an ETF, remain unexplained and are purely assumed in the absence of any
probability;

II. The ECB misreads investors’ intentions behind their desire to sell their ETF shares. These sales
are neither prompted, nor made worse, by the belief that the solvency of the AP is at stake.
Rather, they are driven by the simple fact that investors wish to trade their exposure on the
basis of new information, changed views and expectations as to the direction of the markets;
III. The theory around the counterparty risk channel between the ETF and the AP/swap
counterparty is not proven. We point in this regard to the incorrect premise that APs and the
swap counterparties are one and the same entity, whereas today’s operational practices
largely favour a diversity of APs, combined with multi-swap counterparty models, as best
practices;

IV. Unlike assumed by the ECB, counterparties do not freely choose which securities to post to
the ETF. In relation to the composition of an ETF’s substitute basket, we clarify that it is the
ETF provider – in compliance with its own risk management procedures and regulatory
requirements – that dictates which securities it is ready to accept. The same considerations
apply to the received collateral, both for managing variations in the value of the OTC swap or
in the context of loaned-out securities;

V. The risks from excessive concentration of ETF counterparties deriving from intra-group
affiliations should not be exaggerated. Risks are naturally mitigated by the need to ensure
“best execution” for clients. Group affiliations thus are not decisive in awarding affiliated
entities over non-affiliated ones. A robust and open Request for Proposal (RFP) procedure
ensures service contracts are awarded based on the best economic outcome for clients. Group
affiliations are also scrutinised under the existing UCITS Directive’s conflict of interest
provisions.

Why further regulatory action is not required

In the third and final section of our comment paper, we recommend a greater appreciation of the
mutually reinforcing pieces of existing EU regulation – beginning with the UCITS Directive and
comprising “Level 1”, “Level 2” and “Level 3” requirements/recommendations - in adequately
addressing the risks implied by the ECB. In addition, we also point to the role of circuit-breakers, or
other volatility control mechanisms, implemented by national exchanges.

We strongly believe that further ETF regulation is not warranted. The liquidity and counterparty risks
defined in the ECB’s study are not supported by market observations across several recent episodes of
market volatility. In such circumstances, ETF markets have proven not only resilient, but in some
instances have also functioned as a useful “proxy” for investors to continue exchanging premia and
risks where individual securities were unable to trade at all. Considering, therefore, that a proposal for
an “ETF-specific regulatory framework” has no justification, EFAMA would support a more cautious
and piecemeal review process which leverages off an open and transparent consultation method, as
well as off the wealth of experience of market supervisors in authorising and supervising ETFs. Of
paramount importance is for such process to not duplicate existing requirements and to recognise the
vast amounts of information that both regulators and investors alike already have at their disposal.