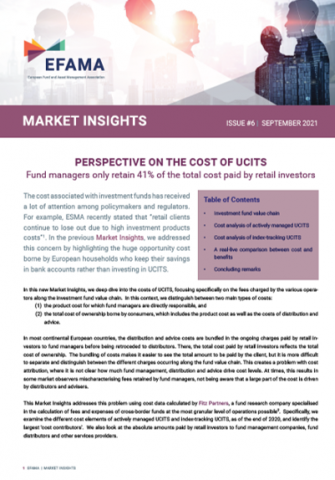 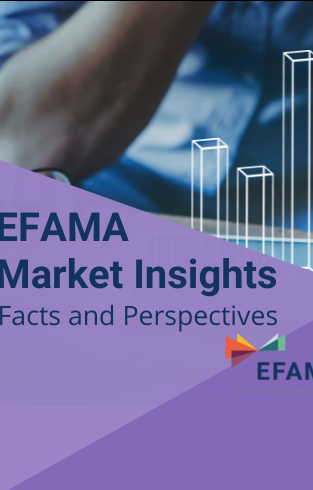 EFAMA has released its latest Market Insights report titled “Perspective on the costs of UCITS”. The full report breaks down the costs of UCITS, focusing on the fees charged for the different services provided along the investment fund value chain and distinguishing between the product cost for which fund managers are directly responsible, and the total cost of ownership borne by consumers, which includes the product cost as well as the costs of distribution and advice.

This Market Insights report has been elaborated using data from Fitz Partners, a fund research company that specialises in the calculation of fees and expenses of cross-border funds domiciled in Luxembourg and Ireland. The report only covers funds whose distribution and advice costs are bundled in the fee paid by retail investors to fund managers before being retroceded to the fund distributors.

Bernard Delbecque, EFAMA Senior Director for Economics and Research: “This report offers some insightful and relevant perspectives on the breakdown of costs between the main providers of services in the UCITS market. The fact that fund managers only retain on average 41% of the total cost paid by retail investors means that the largest part of the cost of UCITS borne by investors is used to finance fund administration, depositary and other services, taxes, distribution and advice.”

The key findings of the report can be summarised as follows:

Tanguy van de Werve, EFAMA Director General: “This report also shows that investment funds for which the costs of distribution and advice are bundled in the fee paid to fund managers are not necessarily more expensive than funds for which such costs are externalised. We therefore advise the Commission to exercise caution when considering possible changes to the existing EU distribution models and stress the necessity for a holistic assessment of all considered options.” 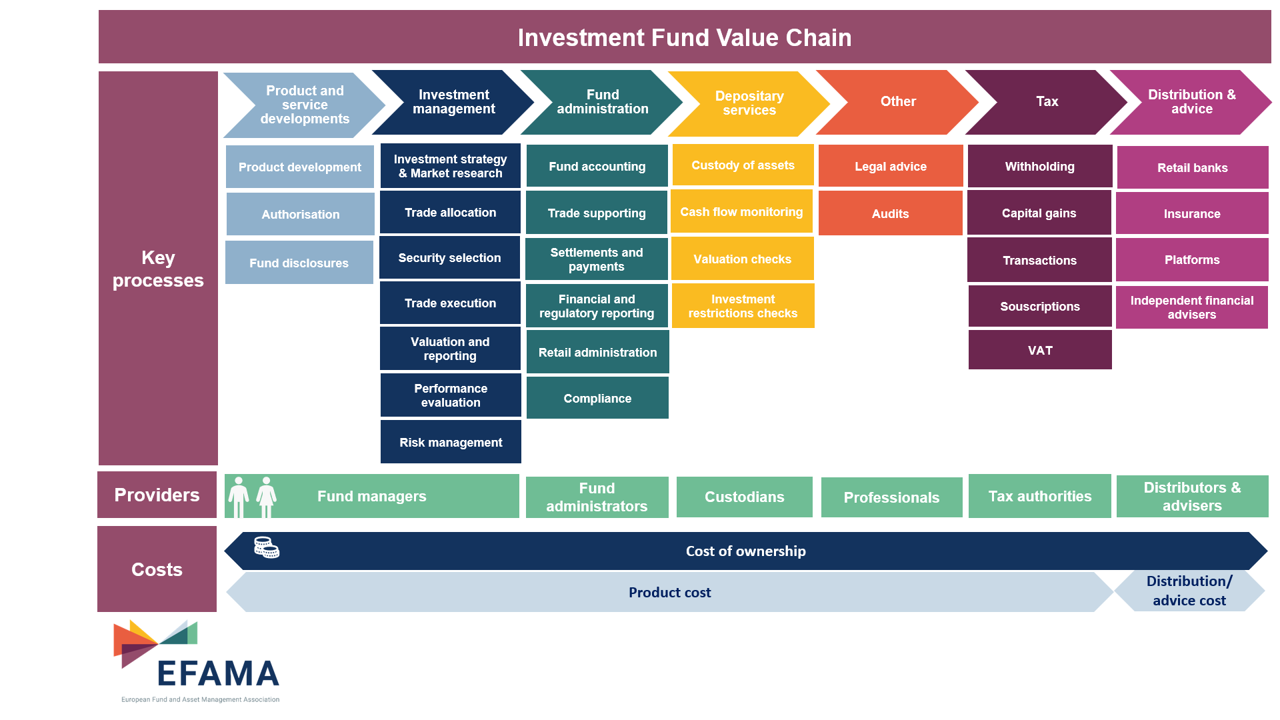