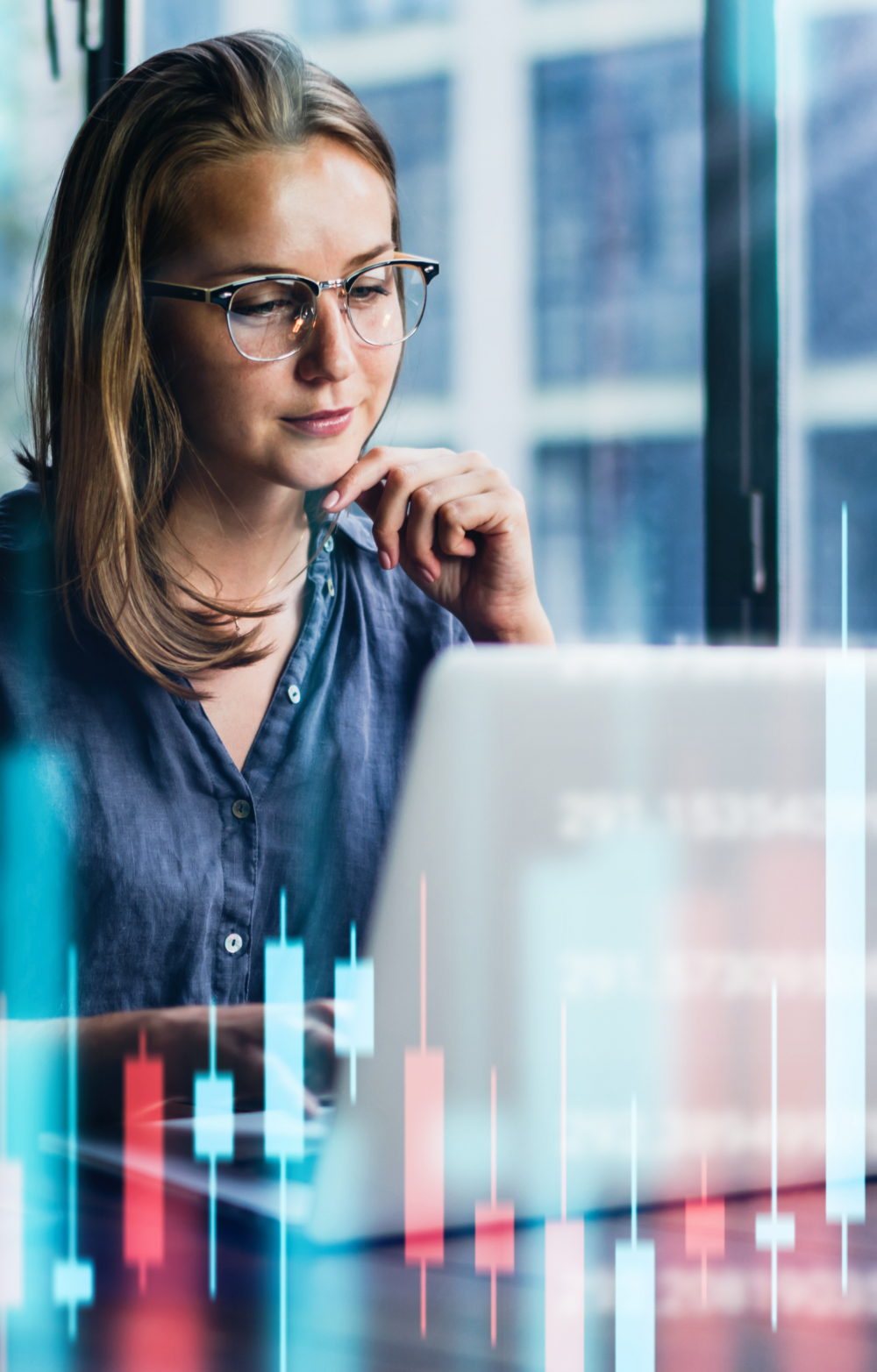 While cognisant of the FSB’s strict timelines in view of upcoming G20 summits, these should not come at the expense of a necessary and more informed debate on the causes at the root of last year’s stresses in global short-term funding markets (STFMs) and on ways to remedy these in the future. In fact, the options presented in the consultation report appear hurried and dismissive of critical facts, calling therefore for a deeper engagement with the global financial and investing community at large.

From a careful analysis of the consultation report, we draw the following preliminary considerations, reflected by our answers to the individual questions below in greater detail:

− Throughout the paper, there is an apparent tension between an accurate description of the forms, functions and roles of MMFs (Section 2), including their interaction with the broader short-term funding ecosystem, and the resulting policy proposals (Section 4), which imply that MMFs were primarily “the weakest link in the chain” during the March 2020 liquidity events. The latter conclusion is neither supported by data, nor can be derived from the direct experience of market participants, making most of the FSB’s policy proposals difficult to justify. Instead, the relevance of STFMs and their functioning should be stressed and tailored policy options further explored to address the resilience of the critical intermediation function offered by bank dealers, along with their incentives, at times of market stress;

− Liquidity mismatches in MMFs (as per other types of open-end investment structures) are still largely viewed as a “key vulnerability”, discounting the effects of the post-2008 global financial crisis regulations designed specifically to assist managers in matching funds’ asset with liabilities. Far from being perceived as a “stigma”, institutional investors accounting for the bulk of assets invested in European MMFs fully recognise their liquidity features and do not consider MMFs as equivalents of a deposit account (or other lending facility) held with a bank. Upon investing, investors in MMFs are also well aware they could potentially lose a part of their committed capital. Moreover, it is also well understood that liquidity under very volatile market conditions may come at an additional cost. We therefore note that the underlying dichotomy in the FSB’s consultation paper between MMFs viewed solely as “cash like” (akin to bank deposits) and alternatively as investment vehicles should be solved in favour of the latter notion once and for all. The latter in fact reflects the common understanding of all informed investors in MMFs, including that of corporate treasurers as their primary users;

− The post-2008 global financial crisis reforms introduced decisive changes in the regulation of MMFs across several jurisdictions. In Europe, these were translated into the Money Market Fund Regulation (MMFR), effective since January 20191. Its many requirements are the direct outcome of the reforms that the FSB, along with IOSCO, had largely contributed to. In identifying outstanding “key vulnerabilities” within the MMF product, and despite the very different nature of the 2020 events compared to those of 2008, the consultation report implies that the previous extensive reform rounds have not been effective. On the contrary, EFAMA believes these have, as demonstrated precisely by the events of March 2020 which in many ways became the MMFR framework’s first general “stress test”. The fact that no European MMF had to introduce liquidity fees, gates or even suspend redemptions as a result, bears testimony to the quality of the regulations put in place following the 2008 global financial crisis in Europe;

− Greater caution is warranted when considering the extent of official sector interventions in the course of March 2020, as no case can be made to suggest that the European MMF industry benefitted from the direct support of the ECB. Rather, the ECB’s Pandemic Emergency Purchase Programme (PEPP), unveiled on 18 March, was limited both in nature and scope to support the recovery of the Eurozone real economy as national government lockdown measures began curtailing essential (non-financial) economic activities. In addition, its actual implementation through the six Eurosystem central banks participating in the programme only began several weeks later, by which most MMFs had already recorded their largest outflows. In terms of limited scope, the Bank of England and HM Treasury’s Covid-19 Corporate Financing Facility (CCFF) was in many ways similar to that the of the ECB. On the other hand, the accompanying measures in the form of refinancing operations and waivers for dealer bank operations proved essential for the resumption of the bidding process in underlying money markets;

− Of the several policy options presented in the consultation report (both “representative” and “variant” ones), the one most effective to further improve the resilience of MMFs per se is removing the link between the existing regulatory liquidity thresholds and the potential imposition of fees and/or gates by fund boards (specifically for public debt CNAV and LVNAV structures in Europe). This should be combined with an operationally simple liquidity management mechanism for all MMFs in the form of a liquidity fee, able to attribute redemption costs to redeeming investors under stressed market conditions. The suggested recourse to swing pricing is not workable for MMFs;

− In relation to all other remaining options, we consider these to be either outdated or not appropriate to remedy problems which have their origin elsewhere (i.e. in the functioning of STFMs). We also note that most of them, apart from not being effective in the event of a complete STFM freeze, promise to also substantially alter market participants’ needs and preferences. As an example, the removal of non-government MMFs from European markets would (i) substantially reduce European banks’ access to short-term funding (given the prevailing proportion of financial CP held by non-government MMFs in Europe); and (ii) leave investors (mostly corporates) with inferior alternative options, proving operationally complex, reducing diversification and sacrificing considerable investment yield. We consider that investors’ preferences for liquidity, principal stability and yield – implicit in non-government MMFs - should therefore not be compromised by a top-down and largely “one-way” policy approach bearing only financial stability considerations in mind. Among other variant options, we also oppose the activation of liquidity management tools by macroprudential authorities for the reasons explained further below;

− Viewed together, the array of policy options presented in the consultation report appears “static”, in that it has largely been recovered from the previous post-2008 global financial crisis reform efforts, without adequate consideration on how MMFs and investor demand have evolved in the course of a decade. Moreover, no consideration is made of how, since March 2020, the ECB and the other key central banks of the Eurosystem have become far more familiar with operationalising asset purchase programmes in their interactions with market participants;

− As to the choice over how to prioritise and combine the different reform options, EFAMA believes this should be of secondary importance. Instead, what in our view remains critical is how different global jurisdictions intend the functions of MMFs going forward, or in other terms, how they will opt between considering MMFs as a pure “cash-like” versus a short-term investment vehicle. Our Members and the investment community at large clearly support this latter notion. Consequently, besides the universal implementation of de-linking the imposition of liquidity fees and gates from regulatory thresholds (where applicable), combined with liquidity fees as the most appropriate liquidity management tool short of a full STFM freeze, EFAMA believes that reform options for MMFs will need to be reviewed in light of their jurisdiction- and market-specific characteristics; and

− Lastly, as the “other” measures the European asset management industry would recommend to enhance the overall resilience of STFMs, we fundamentally regret that not enough time has been offered to proactively engage with the official sector to further discuss and elaborate a series of proposals aimed at ensuring a long-term solution for the liquidity stresses witnessed in March 2020. We nevertheless make two important recommendations which must be addressed in greater detail if STFMs are to made more resilient, and namely, (i) review the Basel III-based dealer capital treatments, and (ii) efforts aimed at facilitating central bank coordination, while harmonising and improving the overall transparency of STFMs